The universe we live in is, to the best of our (current) computational capabilities, wildly non-deterministic. Until the advent of computers, any desire for determinism had to be sated with the imagination, by defining and manipulating mathematical objects. Then came along machines that enabled us to specify processes that would carry on with unprecedented determinism, and we loved it. But even in those machines we couldn’t do without a sprinkle of non-determinism, so we added pseudorandom number generators and true random number generators (and also this).

For example, C has rand() which generates an integer between 0 and RAND_MAX. To generate an integer within the constrained range (min, max) we use rand() % (max - min + 1) + min. This is a trivial example, but it wasn’t trivial to me when I first learned it, and the fascination with transforming random numbers has stuck.

This is actually the reason for the post. Here you can draw whatever discrete probability distribution you like, and sample from it! Just draw like in a paint program (the dynamic is a bit different because we’re drawing a function). You can choose from several initial distributions. (This part is best viewed on desktop).

Let’s develop the idea behind this sampling technique.

Inverse sampling the CDF means asking, for a given probability y, at what x does the CDF have a value of y?

We have this probability distribution: 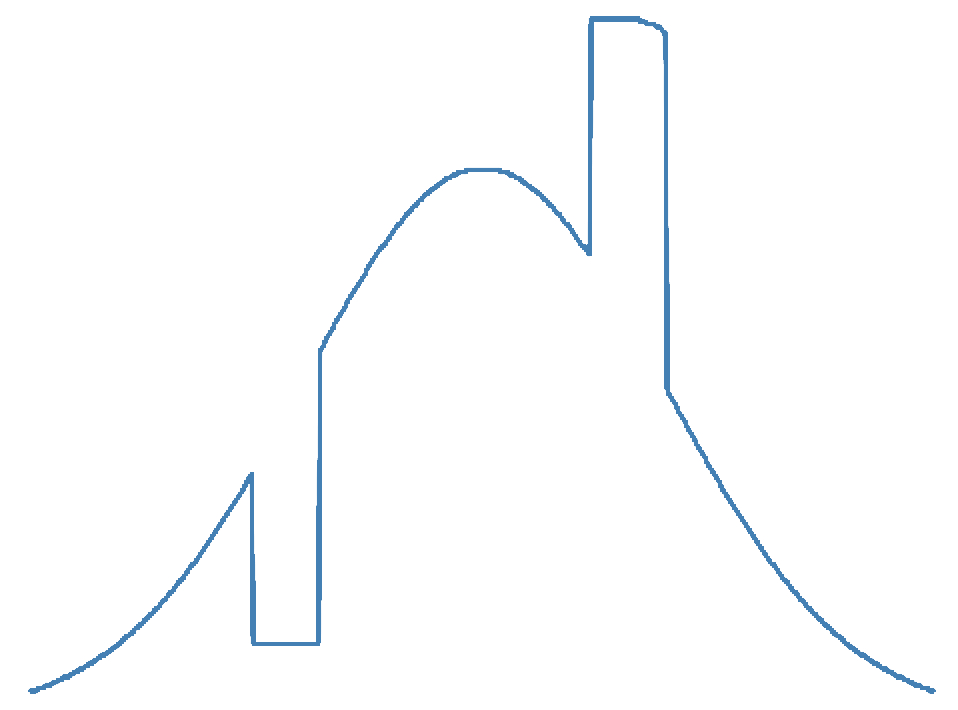 Then its CDF would be: 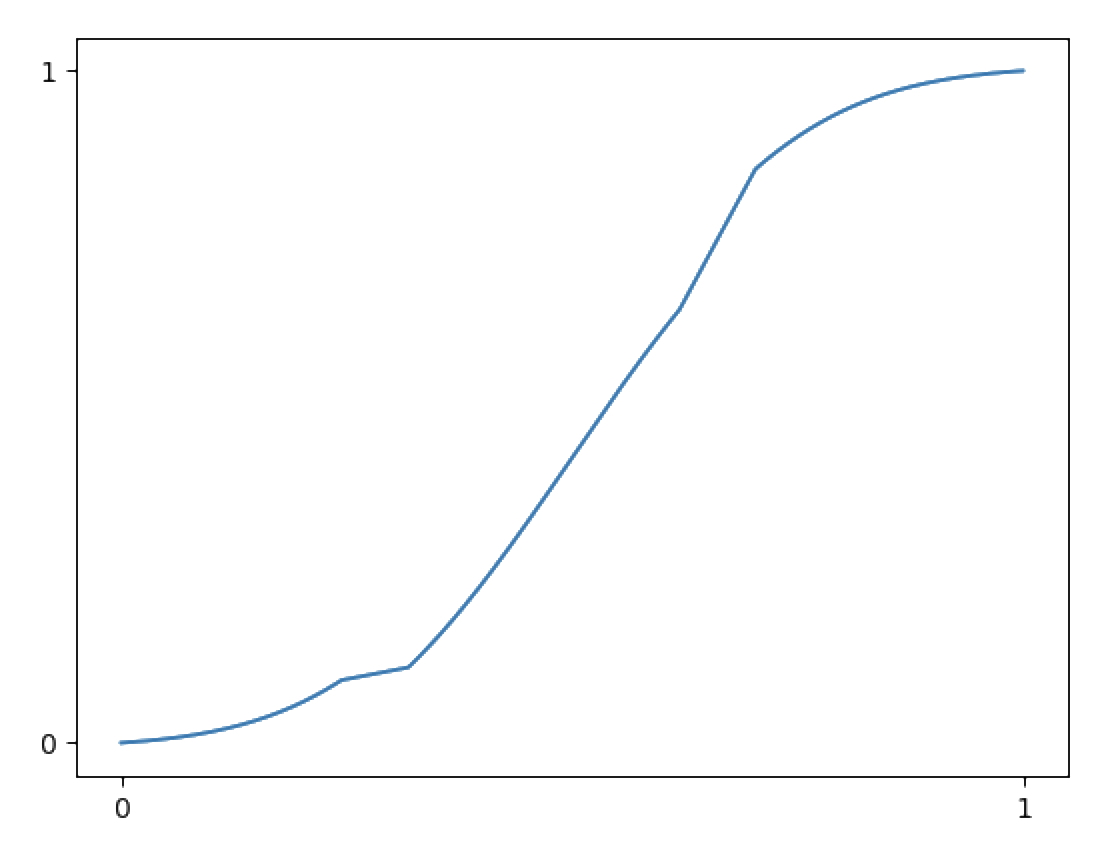 To sample a random number from this distribution, we randomly place a horizontal line, and take the x value where it intersects the CDF: 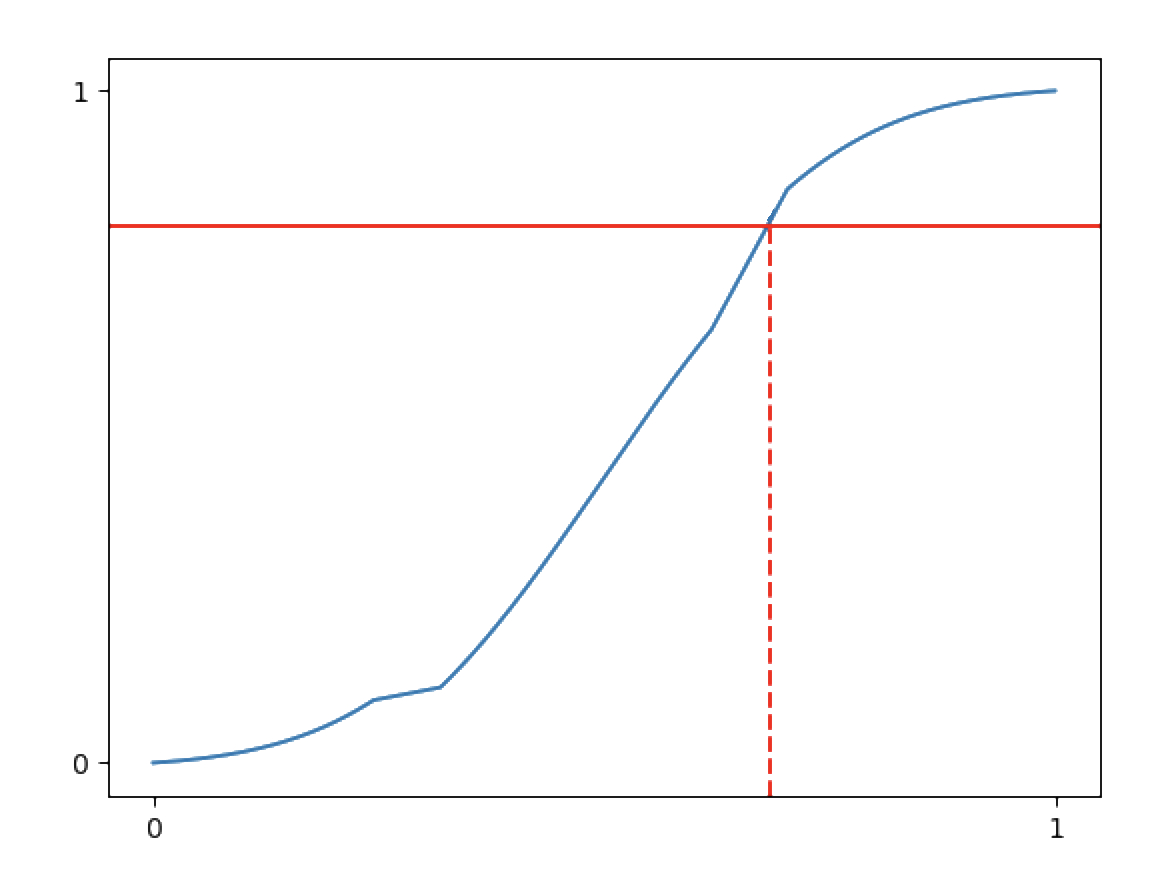 Finding the corresponding x for a sampled probability can be done relatively efficiently (O(logn)) with a binary search, as the CDF is a non-decreasing series.

To me this really illustrates the necessity for large sample sizes when measuring weak effects: when the sample size is too small, the noise is about as large as (or larger than) the effect.

Code for the interactive part of this post can be found here.